VIEW ALL CAUSES
NEXT CAUSE 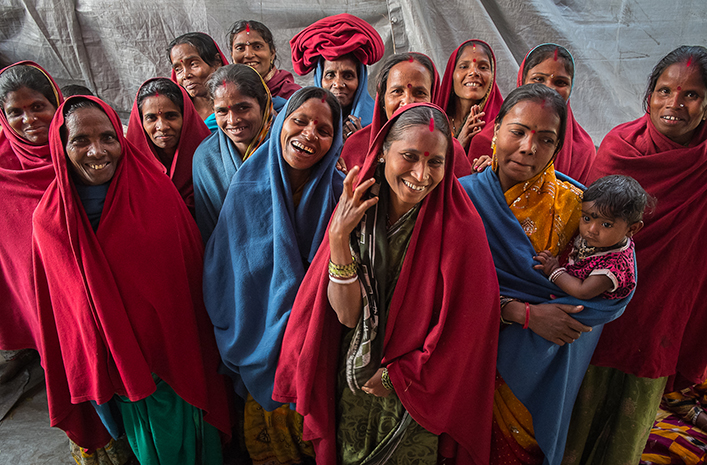 Women and men, girls and boys in the most vulnerable and marginalized communities need to be empowered to realize their right to an adequate standard of living as full and equal members of society. Our project in the Balasore district of the Indian state of Odisha contributes to this by strengthening professional skills, economical status and consequently the self-esteem of the Dalit community, helping to erode discrimination.

Dalits – who are they?

Discrimination on the basis of caste in India has been outlawed since 1950 but undoubtedly still exists on a wide scale. UNICEF estimates that 250 million people suffer caste-based discrimination globally. The proportion of Dalits in positions of authority and responsibility has increased significantly in India in recent decades, with about one in ten of highest-paid posts held by Dalits in the mid-1990s.

The lawyer and economist Bhimrao Ramij Ambedkar, known popularly as Babasaheb, was born into the low Mahar caste, regarded as an “outcaste” community, in 1891 and recalled being rejected from classrooms at school along with Dalit children. He campaigned for social rights for Dalits and prompted a large-scale conversion to Buddhism among Dalits when he chose that faith himself in 1956. K.R. Narayanan was the first Dalit to be elected as President in 1997. In the State of Uttar Pradesh Dalits elected a Dalit woman, Mayawati Kumari, as Chief Minister for four terms between 1995 and 2012.

But social immobility and discrimination persist among Dalit communities, in Uttar Pradesh and across India. It remains to be seen to what extent Dalits will benefit from the policies of the Hindu nationalist BJP government of Narendra Modi elected in 2014.

Gandhi viewed their suffering as a form of ascetic purity, a view that has been challenged and revised in more recent years.

The stratifications of caste are rooted in complex and ancient Indian traditions that designate social status and hierarchy. Caste designations are hereditary. Many Indians remain highly aware of their caste. Marriage ads in English newspapers in India sometimes refer to the caste of the prospective bride or groom. Caste exists across South Asia, in Nepal and Sri Lanka, for example, as well as in India.

Caste is complicated and Dalits cannot be identified neatly as a single unified group – one 2005 study counted more than 900 Dalit sub-castes. But for the sake of generalisation caste is framed and dominated by four main classifications, or Varnas. At the base of the pyramid are the Sudras, comprised of service providers, labourers and artisans. Above the Sudras are the Vaishyas – farmers and traders. Next up are the Kshatriyas, consisting of soldiers and governing officials. At the peak of the pyramid sit the priests and teachers called Brahmins.

A fifth social grouping falls below the pyramid and outside the hierarchy: literally outcastes. These are the Dalits, a term meaning broken or crushed. Gandhi viewed their suffering as a form of ascetic purity, a view that has been challenged and revised in more recent years. He called them Harijan or “Children of God”, a title that tended to preserve their status rather than make it easier to shake off. Another term, less favoured these days, is Untouchables, while they are often referred to officially as Scheduled Castes. By tradition, Dalits are assigned the most menial and least hygienic tasks in society, including handling corpses for cremation and cleaning toilets.

The Tikau Share village in Odisha is a Dalit village.

Find out more: Outcastes – a village in Odisha, India.